Dr. Anthony Becerra, D.C. graduated from Cleveland Chiropractic College, Los Angeles, in 1998 and has been practicing and providing outstanding chiropractic care to those in Murrieta and the surrounding area of Temecula Valley since 2000.

Dr. Becerra emphasizes the importance of structural spinal correction through a process of specific spinal adjustments and supportive care such as custom fit foot orthotics. Additionally, Dr. Becerra has been serving and educating the community in proper spinal care for the whole family including children, the importance of good ergonomics in the work place and at home, and excellent immune system function through proper nutrition.

Dr. Anthony Becerra has been freeing people from pain due to a personal injury, car accidents, and due to overall wear and tear. As a Chiropractor with experience, Dr. Becerra is committed to promoting optimal health and well being of patients.

Dr. Becerra uses a “whole person approach”. This approach to wellness means looking for underlying causes of any disturbance or disruption (which may or may not be causing symptoms at the time) and make whatever interventions and lifestyle adjustments that would optimize the conditions for normal function. Using this unique approach, Dr. Becerra is able to help you to accelerate and/or maintain your journey to good health through Pure Chiropractic.

Dr. Anthony Becerra has been proudly serving the Inland Empire since 2000.

Doctor Charles Donofrio, or Doctor “D” to many of his patients, has been licensed as a chiropractor since 1998. But before all of the education that is required to be a chiropractor, he originally intended to become a dentist, and majored in Pre-Health Professions and Biological Sciences at Cal State Fullerton.

By his senior year, however, he decided that dentistry wasn’t for him. Around this time, he met an old friend, who had the intention of becoming an Athletic Trainer. Doctor Donofrio was invited to attend several high school sporting events to shadow his friend and observe the treatment of sports injuries. Later on, he was invited to hear a presentation at the Los Angeles College of Chiropractic.

Hearing more about chiropractic was the moment where things changed. This was a career path that would allow him to help people in a natural and drug free way! Doctor Donofrio had always idolized his uncle, a Doctor of Osteopathy, but was never interested in the drugs and surgery that are a part of the profession. So, chiropractic was the perfect alternative. He received his Bachelor of Arts in Biology, and soon applied to and was accepted by the Los Angeles College of Chiropractic in 1992, and began practicing in 1998. He has been an associate chiropractor at three different offices, and had his own practice for a time as well.

Doctor Donofrio is dedicated to helping his patients find healing through chiropractic, and we’re blessed to have him as an addition to our office!

My name is Michelle Becerra and I am Dr. Becerra’s partner and office manager. I mostly oversee operations of the office but sometimes you’ll see me assisting in the back or up front. I have been a patient of Chiropractic for 26 years.

When I was a teenager my gym teacher noticed that one of my hips was higher than the other and she feared perhaps there was something wrong with my back. I was then referred to an orthopedic surgeon who indeed diagnosed me with Scoliosis (a curvature of the spine). In my case I actually have two curves, much like an “S” shape. At that time my parents were just told to bring me in every three months to be re-xrayed and to keep an eye on my back. There were no alternatives presented to my parents at that time and the curves were not bad enough to warrant surgery.

Years went by and I started working full time as a dental assistant and then moved up to office manager of a large HMO/private dental practice in Torrance, California. As my workload increased, and I spent many hours at the computer, I developed daily headaches. A friend of mine told me about her chiropractor and what success he had in her treatment and so I started to go too. The first thing that was so impressed upon me was that chiropractic is much different than traditional medicine. Chiropractic treats the whole person, the entire body. My medical doctor could only treat my symptoms. At any rate, I have never looked back! I became pain free and thus so passionate about chiropractic and what it could do for the nervous system that I brought my future husband (you know who!) to a health care class my chiropractor was giving. He said, “But my back doesn’t hurt, there’s nothing wrong with it, why do I need to go?!” Well, after he attended the health care class, he too was able to see and understand that chiropractic isn’t just about treating the ache or pain. It’s about over all optimal nerve flow and spinal correction! Did you know if your nerves are pinched or restricted in any way, certain areas of the body, organs, etc., can stop working or even just work at a minimal level? Well, the rest is history. Anthony Becerra changed his major at Long Beach State University from engineering, and decided to pursue a career in Chiropractic instead! And as for me? All those years of managing dental offices, billing insurance and working with patients has trained me well to come along side my husband in helping him with his practice.

You may be asking yourself if chiropractic straighten my Scoliosis. Well, in my case, no. I was already full grown by the time I sought the help of a Chiropractor, and therefore my curve was set. However, some of the by-products of Scoliosis, like pain and difficulty breathing, have been totally absent from my life. My activity is not restricted in any way and my body functions normally and free of pain. I have to say this; I have seen the x-rays of several young girls who over the years have been brought to our office for treatment of their Scoliosis, and they have had almost complete full spinal correction. What an amazing thing!

I want to share one other thing with you. When I became pregnant in 1994, I saw my Chiropractor at least three times per week. He adjusted me throughout my entire pregnancy. When it came time to deliver, my labor and delivery from start to finish was a mere six hours! As soon as we could, we took our little two-month-old son in for his first adjustment, and continued to do so throughout his childhood. This helped his digestion, colic, vomiting, and ear infections. Jack is now seventeen years old and he continues to be adjusted on a regular basis.

I hope you will take the time to make an appointment with Dr. Becerra. Chiropractic literally changed our lives and I know, it can change yours too!

Hello. My name is Yvette Jarnagin and I am a Chiropractic Assistant at Pure Chiropractic. I am one of the first faces you'll see when you come into our office. I work mostly at the front desk, but sometimes I'm lucky enough to work hands-on with our amazing patients. I love working here and feel very blessed to be part of such a terrific team.

I personally have been receiving chiropractic care for 30+ years. My mom worked for a chiropractor in Orange County and I was fortunate to get regular adjustments while growing up. I much prefer chiropractic care over medical care. I look forward to meeting and helping you!

Hi, my name is Deena and I am a believer in Chiropractic. I first experienced Chiropractic when I was 19. I had a stressful job and suffered many migraines a week. My doctor that I worked for at the time told me I should go down a few doors and see the Chiropractor.

He was very informative and helped me with my migraines with his adjustments. I continued to see him for a few years. When I met Michelle a year or two later, I introduced her to this Chiropractor and she introduced Dr. Becerra to him too. And the rest is History:)

For more information or to get started on your journey to better health, contact our office today! Our chiropractic team at Pure Chiropractic in Murrieta CA looks forward to meeting you! 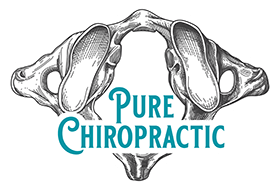